In The Bolt Hole

After a summer break, Robin and I managed to catch up and make a few plans for world domination. 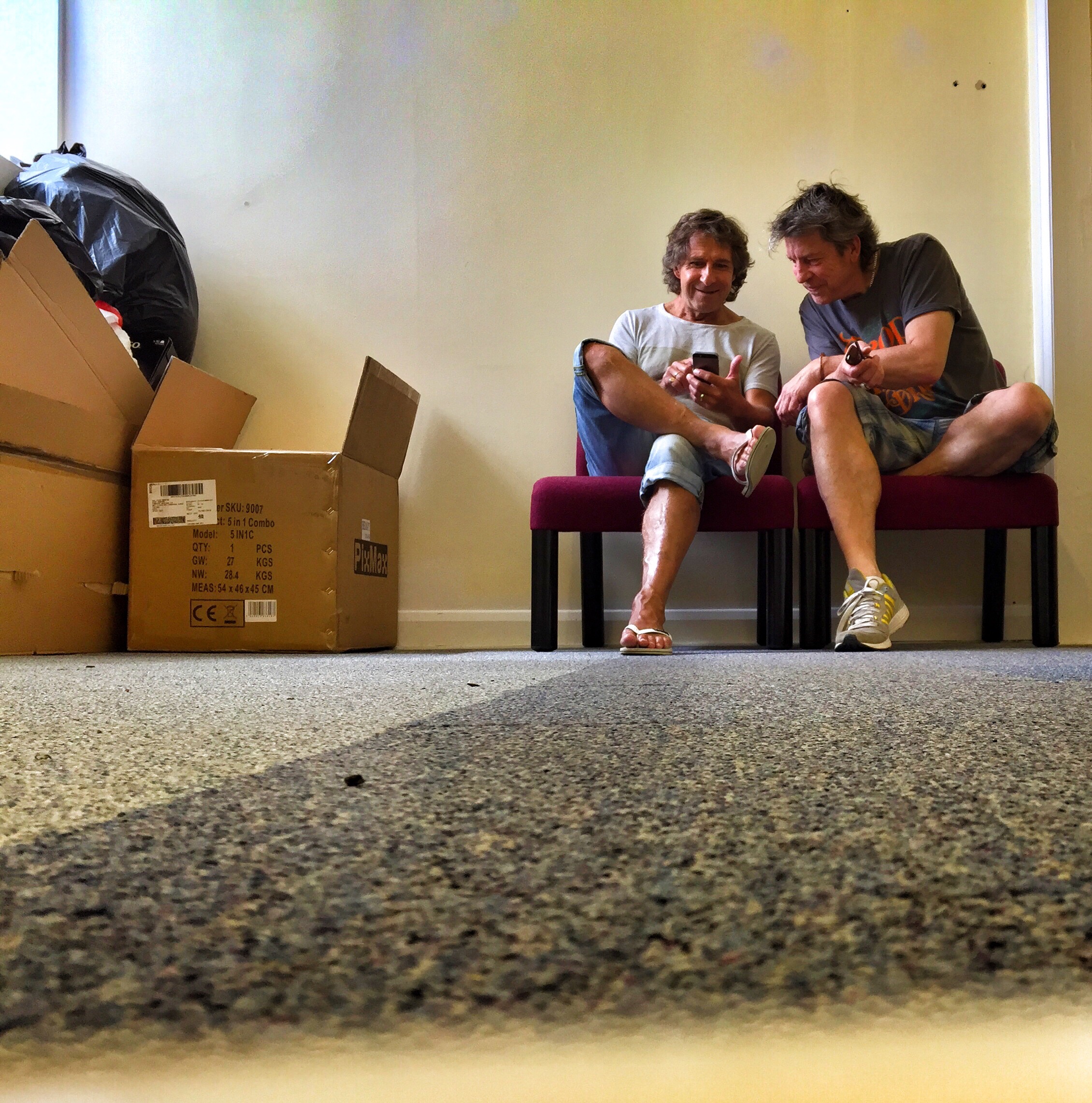 Pete and Rob’s Musical Whimsey at work… couple of nights in the Bolt Hole. Gone all Cuban after finishing some Edisons Children mixes.

So after a few months away on various gigs, tours, rehearsals etc, we are getting together this evening at the Boult Hole to look at some of the tracks, see where we are are with it all & how to move forward. Surely some of the tracks must be near finishing and ready for more Whimsical releases ?

How to make a record

Just got back from a short UK May tour with Fish. The idea was try out some of the new material we have been working on prior to recording the album in the last 2 weeks of June. We had a few technical problems at the start of the tour but by the end it was starting to sound like a band. The response to the new tunes seemed to have been generally positive as the live performance of them started to take some shape. Eric.. the electronic member of the band.. also known as a Roland SPD-SX, proved to be reliable, always on time & never complained. Met some great new people on the tour and it was great to catch up with so many old friends. We start recording in 2 weeks time with Calum Malcolm producing which i’m really looking forward to. Other than that, it’s 3 months in my studio working on projects including 2 new Pete & Rob EP’s of which we hope to get at least one finished for the gig on the 25th August in Aylesbury.

Recently we spent some time working on Song 2… great title I know but I’m sure it’s already been used. Song 2 is the highly imaginative working title along with song 1, song 3 etc. After getting some ideas going Pete found a bass part… kind of less is more. Very clever & works great against the Byrds type guitar chords. After getting some takes, we spent some time listening, editing, chopping and pasting.  A process which, whilst tedious to some, we both really enjoy doing. It’s a bit like being in a darkroom, it’s magic what you can do after taking the picture. (I know, cos I did a film photography course years ago in Brighton Uni. RB )

This batch of 5 tunes are songs and lyrics are being thought about. Not something that comes naturally… might even end being phonetic lyrics. It’s been difficult to get us in the studio at the same time this year, but we are persisting and keeping to our schedule of two nights a week as much as possible. It’s still great fun, no pressure and creative. There’s no deadline on the next EP, but it would be nice to get it done and finished sometime around March 2013. Our one gig this year in Aylesbury market Square in August went great and those that were there gave some really positive feedback. We were hoping to be playing at a small festival a friend runs down in Sussex called Applefest in October. If your into apples & all things cider then this is a great little event to go to. Unfortunately due to other commitments, neither of us can make it. Hopefully, well be able to do a few more gigs next year as the ‘Whimsy’ gets a little more organised.

We are currently looking at putting a video together for ‘Django’  off the 1st EP ‘Acoustic Industry‘ Preferably images from Paris 1930’s would be great as thats’s where Django lived, but it’s harder to find old footage than originally thought. If anybody has anything they think might be useful and doesn’t mind it being used (with credits if you like), could you let us know either from the contact form on this site or via the Twisted Note Records Facebook page.

Other than that, it’s sessions, writing, touring, recording for both of us over the next 3 months.

Have a great day.